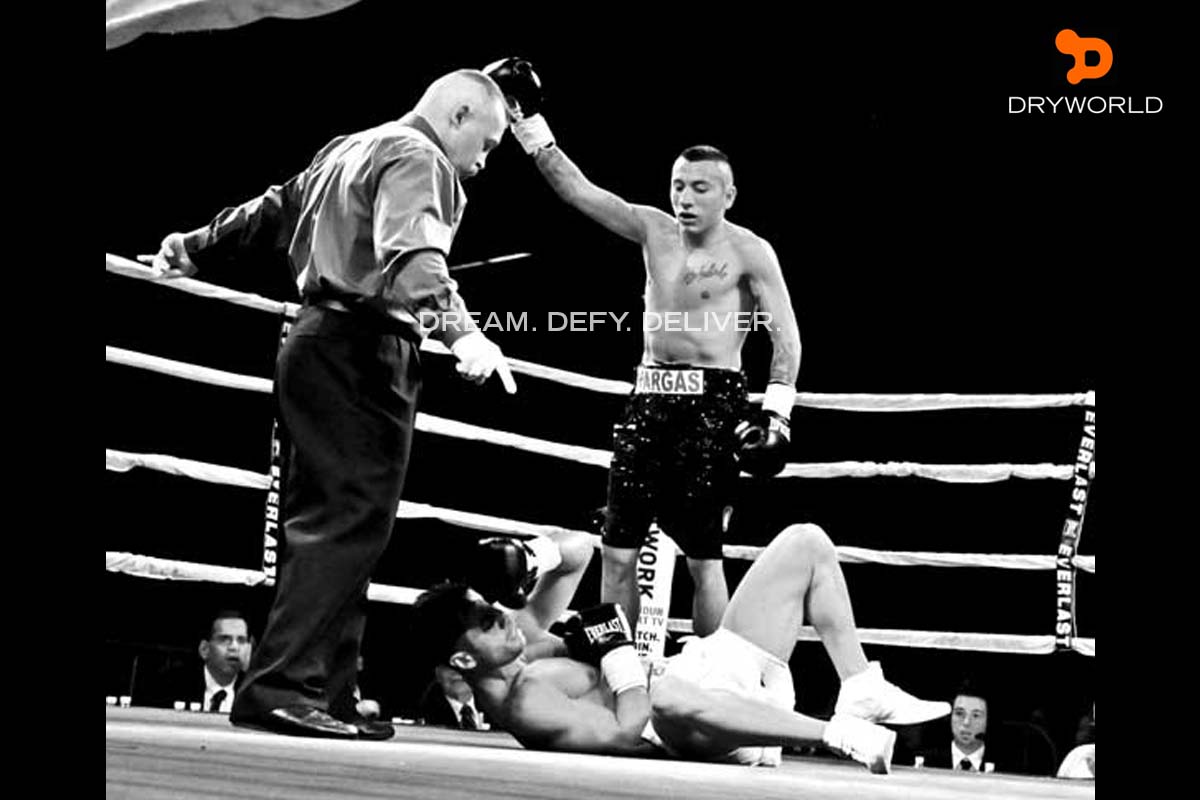 Sammy Vargas - the Champ is Here

Our man Sammy Vargas is stepping in the ring tomorrow night in Montreal Canada to take on his 20th opponent, Flavio Tirelli, a tough boxer from Switzerland. We caught up with Sammy’s manager Lee Baxter for a few choice words leading into one of the most important fights of Sammy’s career. “In the boxing world the 20th win is a real landmark. We’re confident, Sammy is meshing well with his new trainer Billy Briscoe and they have a few fights under their belt now”. Billy is thinking of moving to Toronto because he believes in Sammy. That’s a huge vote of confidence coming from this world renowned boxing trainer.“ This is the path to World Champion in boxing: 1. You have to be world ranked to get a title shot 2. You have to be top 15 to be world ranked. 3. Once you are in the top 15, the current Champ gets to select who they defend their belt against. Usually they pick to defend their titles from rankings 10-15 so as not to jeopardize their Championship status. 4. So, you fight your way up the ranks until you get called on. Sammy still has to get in the top 15, to do that he has to win in February at the NABA Championship. This fight tomorrow night is one more step in that direction. When asked what his plans were for Sammy in 2015 Lee said, "Lock down some tough fights and try and get as much media coverage as I can to boost Sammy’s public profile which increases his chances of getting a title shot. This is what’s cool about DRYWORLD sponsoring Sammy, they are the title sponsors of the biggest party in North America at the biggest sporting event of the year, the Playboy/DRYWORLD Superbowl Party on January 30th in Arizona. It’s going to be huge. We’ll be there, and with the likes of Evander Holyfield attending this party in the past it puts Sammy on the stage he needs to be to get recognized.” We got your back Champ. Dominate the night.

UPDATE: And dominate the night he did!!
This past Saturday, December 13, our man Sammy ‘the Bull’ Vargas “destroyed” his opponent, Switzerland’s FLavio Turelli by way of a 5th round TKO. Watch all the action in the video below (15min marker is the beginning of the end for Flavio Turelli) and don’t forget to enter to win a signed pair of Sammy’s gloves by filling in your name and email above.